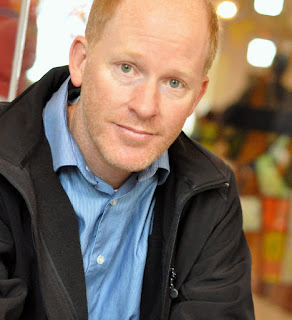 Which are the most visually arresting films you have seen? Do they inspire your writing?
Wow, I don't even know where to start! A handful that spring to mind: Blade Runner, Lawrence of Arabia, Upstream Color, 2001, Spirited Away, Ran.  There's so many, all incredible in their own way.  Sometimes due to the cinematography, costumes, or artistic design.  Blade Runner stands out because it's one of those films that put it all together so perfectly.  And yes, they all inspire my writing.  In fact one of my favorite bits of writing advice is "close your eyes and watch the movie" - visualize the scene as if it were a film, it's amazing what kind of details your mind will generate for you, and I think everything you've seen or read before it helps paint the picture.

If you can save only one book in a burning library, which book will you save?
Realistically, assuming there were no people in danger, I'd grab as many books as I could before the heat became too much, paying zero attention to what they actually were.  Or maybe I'd run to the rare books section (if the library has one), since— let's face it— most books in a library are not exactly unique.  Again, I can't actually imagine standing there and deciding what specific book to save.  It's an impossible question to answer, they're all important.

Is your life in some way expressed through your work?
On some level, probably, but for me it would only be through subconscious effort rather than a deliberate choice.

Can someone who reads your work get a glimmer of who you are as a person?
I've no idea, to be honest.  I'm sure they could try, and some insights would be right, but just as many more would be wrong.  I'm always a bit surprised and amused when I find I have a fan whose beliefs or values are vastly different from mine.  Odd how they usually seem to assume I'm in complete agreement with them.  People take away what they want to, I guess.

What is the most memorable moment of your writing career?
Getting the phone call from my editor that I'd hit the New York Times bestseller list definitely ranks up there!  But on a more personal level, sitting next to John Scalzi on a panel, as his peer, was especially cool, because he's an author I've always looked up to and it was his work that drew me back to science fiction and made me want to write.

What are your pet peeves?
I'm pretty easy going, so that's a short list. I guess one might be spoilers. I detest spoilers. I avoid things like movie trailers and the synopses on the backs of books. If someone tells me a book is good I just read it, with as little upfront knowledge as possible.  This leads to a weird conundrum for me as an author— when someone asks me what my book is about, every fiber of my being wants to tell them nothing at all— just read it! Trust me!— but of course they need to know something before they'll bite. 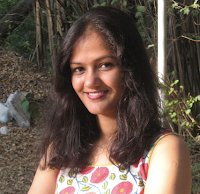