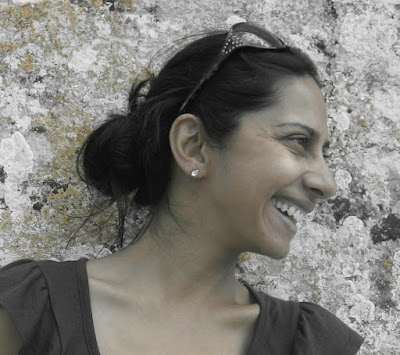 SAMIRA AHMED was born in Bombay, India, and grew up in Batavia, Illinois, in a house that smelled like fried onions, spices, and potpourri. She currently resides in the Chicago area. She’s lived in Vermont, New York City, and Kauai, where she spent a year searching for the perfect mango.
A graduate of the University of Chicago, she taught high school English for seven years, worked to create over 70 small high schools in New York City, and fought to secure billions of additional dollars to fairly fund public schools throughout New York State. She’s appeared in the New York Times, New York Daily News, Fox News, NBC, NY1, NPR, and on BBC Radio.  Her creative non-fiction has appeared in Jaggery Lit, The Fem, Entropy, and Claudius Speaks. Swimming Lessons, her debut novel, will be published in Spring 2018 by SoHo Teen (an imprint of SoHo Press). You can follow her on Twitter @sam_aye_ahm

Give the readers some Swimming Lessons :) What inspired you to write your debut novel?
Actual swimming lessons! At least in part. I wrote a piece for a personal essay class I was taking called “Indians Can’t Swim”—a humorous take on my love-hate relationship with the beach, my failed attempts at learning to swim and finally doing so when I was older. It got me thinking about navigating cultures as a teen, challenging yourself to do something that scares you, and defying expectations.  Those ideas gave birth to Maya, my main character, a high school senior who does all three.

Tell us about an unforgettable moment that took place while you were writing Swimming Lessons? Something that will stay with you for the rest of your life.
Typing the last sentence of the very first draft of my book. Swimming Lessons is the first book I’ve ever written and I began it as a challenge to myself. I was curious if I could take a little seed of an idea and build a world around it. That first draft was very, very rough, but finishing it felt like an important personal accomplishment. I really knew very little about publishing or finding an agent and really wrote the book for myself. I was on vacation, sitting in a sunny back porch in Napa, light streaming in the windows and wondering how to end the story. An image came to me and I grabbed my computer and got it all down as I’d imagined it. Thousands of words from that first draft were altered, edited out, but that last paragraph I wrote is still the last paragraph of the story.

Who is your first reader and critic?
My husband. Even before the story is a story, when it’s just a seed, he knows about it. He’s my sounding board, voice of reason, cheerleader, and light when I need it most.

Tell us about your journey of finding a literary agent.
It was the Tweet heard round the world! (Well, my world at least.)
I entered #PitMatch, the brainchild of Jessica Sinsheimer and Brenda Drake. My literary cupid, Laura Tims, matched me with Eric Smith.
Here’s my Tweet & Eric’s response:
@sam_aye_ahm:  She wants to make films & kiss boys—her Muslim parents forbid both. Will a terrorist & Islamophobia shatter her dreams?
@ericsmithrocks: *breaks mouse clicking like button so hard*
I sent him my query and manuscript. Four days later Eric offered representation and here we are. Social media for the win!

Can you give the aspiring writers any advice of what they should do during the Query Process?
1.Your manuscript should not merely be finished, but revised and polished. Make it the best it can be.
2. Do your research. Query Tracker, MSWL, Query Shark, Writer’s Digest, agent blogs, and literary agency websites. These are some of the websites you should be looking into to research the agents who might be good fits for your book. Learn the querying guidelines for each agent (they vary!). I researched agents obsessively before sending out even a single query.
3. Unless you are entering a Twitter contest (they work, really! See my answer to #4), do not pitch on Twitter. Also, don’t pitch agents on their blogs, Facebook, LinkedIn, or by accosting them at events.
4. Follow agency guidelines.
5. Be professional in all your interactions that includes social media. Publishing is a business.
6. Be prepared for rejection. Everyone gets rejected. Rejections hurts, but try not to take it personally. Brush yourself off and query again.
7. Believe in yourself. Believe in your story. And do the work.

Describe a day when you bless your heart for choosing your occupation.
This is virtually every day for me. I still can’t believe that Swimming Lessons will be on the shelves. Any time a story idea comes to me and I jot it down and can let my imagination run with it, when I can give life to a character or a place, I feel incredibly fortunate.

Describe a day when you curse your brain for not stopping you from choosing your occupation.
The day has not yet arrived and I hope it never does. Writing is essentially my third career after teaching and working in non-profit, so even long hours of revision feel like good work. But I will say editing and finding mistakes even after you’ve read a passage for what feels like the thousandth time, can be rather frustrating.

If you have to make a movie of your life, what would it look like?
Lots of coffee and little sleep. Running around with my family, laughing. Random errands. An inordinate amount of pastries and fried food.
Me, staring out the window, scribbling ideas in a notebook with a Hi-Tec-C Pen, researching topics that might seem shady without any context. Re-reading passages from favorite short stories, poems, and novels.
Clearly, Idris Elba, Oscar Isaac, and Ryan Gosling will fight over the role of my love interest. Good luck, gentlemen.

Related Posts:
Kirtida Gautam one on one with Lauren Spieller 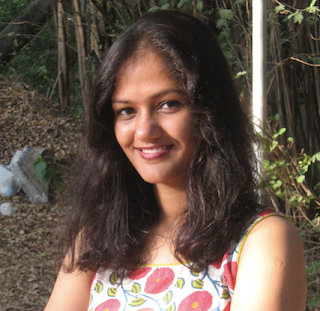